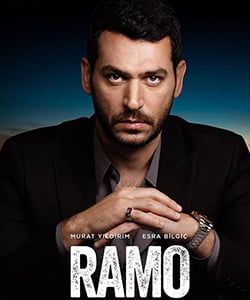 Ramo (Murat Yildirim) is a young and ambitious guy who lives in Adana. He is the leader of his family and the neighborhood known as Pumpers. They do the illegal works on behalf of Cengiz who is the boss of the underground world in Adana.

As a first step, Ramo retains the drugs which are supposed to be delivered to the mafia leader in Istanbul. By this way, he aims to put his boss in a difficult situation.

However, one mistake made by his childhood friend Boz (Gorkem Sevindik) makes things complicated.

Boz cannot control his anger and beats Neco (Ilhan Sen) who is the son of Cengiz. For this mistake, Ramo is ordered to kill his best friend Boz and to prove his loyalty.

Ramo finds himself in the middle of chaos. He would either choose his close friend or he would continue to execute his plan step by step.

Ramo cannot sacrifice his friend and choose to protect all his loved ones. When he goes to the meeting point, he rebels against his boss and kills him right away.

The competition for becoming the leader of underground world in Adana radically changes all the equations. Yavuz (Yigit Ozsener), who is the trustworthy man of the mafia leader in Istanbul, comes to Adana and starts to know Ramo more closely.

Meanwhile, Ramo comes across his first love Sibel (Esra Bilgic) throughout this process. Sibel is a well-educated, strong and beautiful woman who is the daughter of Cengiz. She finds herself in the middle of the war between her father and her lover.